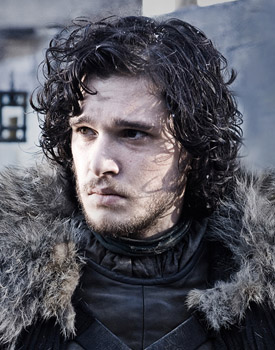 Some weekends stand out over others. Most weeks and weekends are anonymous and we go through the motions without paying particular attention to the specifics. When we look back we can guess what happened (laundry, yard work, etc.), but nothing stands out.

Then there are weekends that, to borrow a phase from Barney, are legenâwait for itâdary. These weekends stand the test of time for one reason or another and combine to make a tapestry of our lives.

This weekend was one of the latter variety. The weather was great, the kids were cooperative and I actually got to see a film at the theater. I know, right? I got to see a first-run film while it was still relevant to our national consciousness.

OK, that might be an overstatement. The film in question was Tomorrowland and I absolutely adored, which seems to be against the grain of popular opinion. That's not entirely fair because I've seen plenty of positive reviews for the film, but that's not really translating to the film's box office coffers.

On the one hand, it's hard to feel bad for Disney as they are basically printing money at the box office with their Marvel and Star Wars franchises. On the other hand, Tomorrowland is a truly original film with positive themes that seems to be going the way of the dodo bird in Hollywood.

I wish Tomorrowland would have made $200 million if only for the reason that it would insure that Hollywood would take more chances in the future and make original films. Tomorrowland reminded me a lot of the '80s Amblin Entertainment films of my youth and I only wish that my own children were a few years older so we could have enjoyed the film together.

But time to put away the soapbox and dig into this week's MM.

I Spy something funny. Whenever Paul Feig and Melissa McCarthy get together to make a movie, laughs are sure to follow. This weekend's top film seemed to resonate with audiences on its way to a healthy $30 million debut.

Melissa McCarthy is getting a reputation for being a steady $30 million opener/$120-160 million gross actress which is perfect for her type of comic films. This one looks to be another in a long line of profitable hits for the funny woman. The pair will next team up for next year's all-female Ghostbusters film which should only take their earning potential up a couple of notches.

San Andreas continued its strong aftershocks at the box office while I continued to scratch my head. From the outside looking in, this one had box office bomb written all over it, but I was wrong. So far, I've gone three for five in terms of predicting box office bombs, but if I had handicap that list, I would have felt most comfortable calling San Andreas the favorite to bomb. San Andreas is still on track to end up north of $175 million.

Two other new releases had mixed results at the box office. Insidious: Chapter 3 poked some life into the sleeping horror market with a better than anticipated $23 million opening in third place, while Entourage bombed bigger than Medellin at Cannes with a $10 million weekend and a total of $17 million since its early opening. I think it's safe to say that Vincent Chase's days in Hollywood are numbered. Of course, Vincent Chase has made a career out of rebounding strongly, but this is real Hollywood.

One final film of note this weekend was the debut of the Brian Wilson/Beach Boys film Love & Mercy. It only played on less than 500 screens, but it earned a healthy $2.222 million. Great word of mouth will only help the film as it expands over the next few weeks. It could really be the top sleeper of the Summer.

Up first is the trailer for "Star Wars: Uprising," a mobile game set in the juicy period between Return of the Jedi and The Force Awakens. The trailer is exciting and shows that the game will attempt to answer some questions about the galaxy far, far away right after the destruction of the second death star.

There's a pretty huge reveal in issue #6 about Han Solo and rather than simply spoil it here, check out the link. I wonder if that will have any ramifications on The Force Awakens.

Late last night with you guys and lots of free popcorn... #EntourageTheMovie pic.twitter.com/jqUWlQnVHD

We came. We saw. We kicked its mixer!