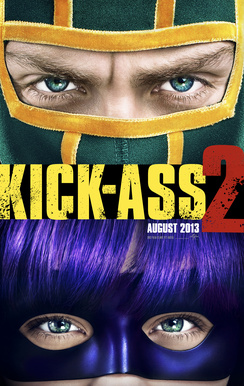 With a name like Kick-Ass 2, you sort of bring certain expectations into the viewing of its recently released red-band trailer. Pretty much, you have to think that it's going to kick ass, no?

In case you were concerned about it, allow me to ease your mind, the trailer does in fact kick ass. And takes names. And somehow made me like Jim Carrey again.

I'm not sure I ever liked Jim Carrey, but there you go.

I must preface this by saying that I have not seen Kick-Ass despite the fact that I really, really want to. Sadly, I don't even have a good excuse: I have a copy of the film sitting unopened on my shelf.

I know, I know. That's part of the reason I started this whole Project 52 endeavor, to force myself to make time to watch more movies. Of course, that's also why I haven't made it to Kick-Ass yet as I've imposed a rolling one year deadline on Project 52 films.

That said, I'm sure that I'll get to Kick-Ass eventually, but if you're like me and haven't seen it yet, but really want to, then you might want to skip this really bad ass trailer. Because while it is definitely one of the better red-band trailers that I've seen in a long time, there are a few parts that I can only assume would be spoilerish.

Again, because I haven't seen the first film, I can't tell you for certain or not if they are indeed spoilerish, but I have a pretty good idea that they are. Although, if you're like me, you might enjoy it nonetheless. Either way, consider yourself warned. 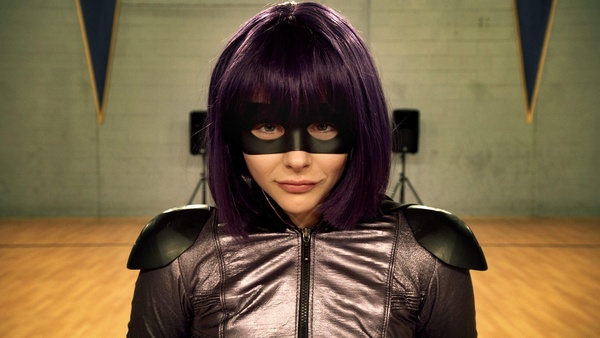 I was really moved by Chloe Grace Moretz in the trailer. Not in that way pervs, but there was talk before the film went into production that Hit Girl was going to be cut out of the sequel or her role would be seriously reduced.

After seeing this trailer, I'm pretty sure that she's in just about every scene. And much like I've heard about the first film, she steals the show here too.

The other performance that I loved in the trailer was, as you might have guessed up top, was Jim Carrey's Colonel Stars & Stripes. He literally reminded me of his Cable Guy character, except less annoying and way more of a bad ass.

Check out the trailer below and let us know what you think. Kick-Ass 2 is due in theaters on