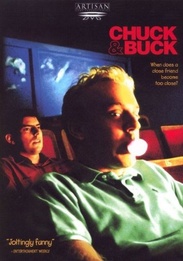 Chuck and Buck were best friends when they were young. Chuck grew up, and Buck didn't. When his mother dies, Buck invites Chuck (who mostly goes by Charlie now) to the funeral. He wants to be Chuck's best friend again, but Charlie is busy working and preparing for his wedding. Buck moves to Los Angeles and tries to revive the old friendship. He also writes a play, and hires Beverly to direct it. Charlie and his fiancï¿½e Carlyn stop returning Buck's calls, but he persists.

Rated R for sexuality and language.