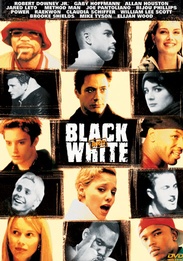 When high school hipster Charlie (Bijou Phillips) and her friends start hanging out with Harlem's aspiring rap artist Rich Bower (Power) and his group, the American Cream Team, each faction starts to ponder the other's true motivation. Fascinated by this collision of cultures, documentary filmmaker and former rich girl herself Sam Donager (Brooke Shields) attempts to capture the phenomenon on camera with the help of her intriguingly unhinged husband Terry (Robert Downey Jr.). Meanwhile, NYPD detective Mark Clear (Ben Stiller) wants revenge on his heartless ex-girlfriend Greta (Claudia Schiffer), who dumped him for Dean (Allan Houston), a black star basketball player and friend of Rich Bower. Before long, everyone wants something from someone else. As the chain of casual acquaintance comes full circle, worlds collide -- black and white, wealthy and wanting, uptown and downtown, innocent and malevolent -- until it becomes clear that nobody is really who they seem to be.