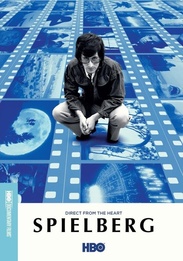 Steven Spielberg has built an unrivaled catalogue of groundbreaking films over the course of nearly 50 years. In this exclusive HBO documentary, Spielberg steps out from behind the camera to open up about his directorial influences and motivations, while sharing little-known stories behind some of his most iconic films. Acclaimed producer/director Susan Lacy charts the evolution of this iconic filmmaker, having conducted nearly 30 hours of exclusive interviews with the famously private Spielberg, as well interviews with his family, friends and colleagues. Examining his impressively varied filmography, the documentary reveals how Spielberg's experiences fed his work and changed it over time, highlighting familiar themes -- separation, reconciliation, patriotism, humanity, wonder -- that recur in his work. A remarkably intimate portrait, the film combines personal narrative with an exploration of the creative process and craftsmanship that set Spielberg apart and cemented his legacy in cinematic history.