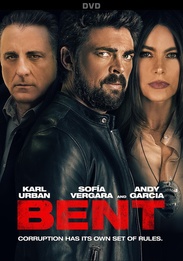 When a drug bust goes wrong, ex-cop Danny Gallagherâs (Karl Urban, THE LORD OF THE RINGS franchise) quest for justice leads him to the car-bomb murder of a government officialâs wife. When Gallagher learns that the womanâs secret lover was a seductive federal agent (SofÃ­a Vergara, "Modern Family"), he finds himself under fire. But from whomâhis own cops, a vengeful drug lord, the CIA, or someone even more ruthless? This pulse-pounding thriller also stars Andy Garcia (OCEAN'S ELEVEN) and Grace Byers ("Empire").

Rated R for violence, language and some sexuality/nudity.