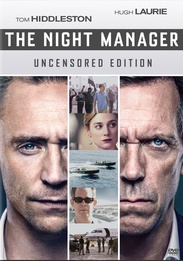 "The Night Manager", the thrilling miniseries based on John le CarrÃ©s best-selling spy novel, follows hotel manager Jonathan Pine (Tom Hiddleston) in his quest to bring down international arms dealer Richard Roper (Hugh Laurie). After being recruited by a British intelligence officer to infiltrate Ropers inner circle, Pine is thrust into a world of international intrigue  but in his quest to do the right thing, Pine must first become a criminal himself. Includes all six unrated episodes, as originally aired on the BBC.