The Originals: The Complete Second Season 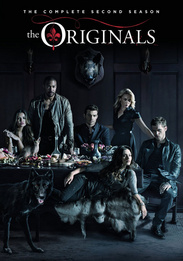 For the first time in centuries, werewolves rule New Orleans' French Quarter, leaving the vampire-werewolf hybrid Klaus Mikaelson out in the cold. His only desires now: to avenge his mother's sins and to make the city safe for a child named Hope. But as long-buried family secrets are revealed, it becomes clear that doing so will be a treacherous, bloody battle. Join the noble but tormented Elijah; mastermind Klaus, and fierce mother wolf Hayley as they seek unusual truces and shocking unions, build vast armies, and plot murderous revenge in order to reclaim power over the quarter â and to protect a beautiful baby girl. You'll be captivated by all 22 ruthlessly spellbinding episodes of The Complete Second Season of The Originals.