Ghost Story: The Turn of the Screw 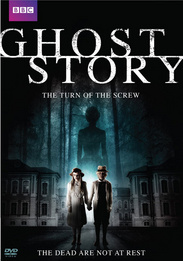 Anyone who says there's nothing to fear has never lived here. Ann, a young, inexperienced governess, looks after two young orphans in a seemingly quaint country home. But brother and sister, Miles and Flora, carry secrets. Soon, the home is filled with supernatural apparitions. In a haunting tale of suspense and murder, the ghosts relentlessly pursue those who believe in them - and curse those who do not. Based on Henry James' The Turn of the Screw, one of literature's most gripping ghost stories, comes this sinister tale of unspoken horror and psychological terrors starring Michelle Dockery (Downton Abbey), Sue Johnston (Downton Abbey, Waking the Dead), and Dan Stevens (Downton Abbey, Sense & Sensibility).