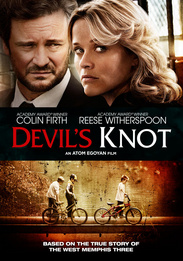 Academy AwardÂ® winners Colin Firth (The King's Speech, 2010) and Reese Witherspoon (Walk the Line, 2005) lead an all-star cast in this gripping, heart-wrenching true story that shocked the nation. May 5, 1993. West Memphis, Arkansas. Three young boys playing in the nearby woods never come home for dinner. In the rush to find and convict the killers, police focus on a trio of teenagers suspected of devil worship. As the mother of one of the murdered boys (Witherspoon) tries to come to grips with this unspeakable tragedy, she is desperate to believe that the killers have been found and will be brought to justice. It is only when an investigator (Firth) reveals that the evidence doesn't all add up, that the community is forced to face the reality that the true killer might still be out there.